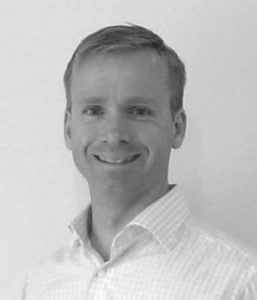 Dr Holmes graduated from the Royal Melbourne Institute of Technology’s School of Chiropractic, which is one of the premier universities in Australia. His qualification from RMIT is a double degree Bachelor of Applied Science (Clinical Science)/Bachelor of Chiropractic Science. He completed his undergraduate training in 1995. He completed a year of postgraduate field work in early 1997 after travelling to the UK in 1996. This led to his post-graduate Diploma of Chiropractic. In 2008 he received the qualification Diplomate of the American Chiropractic Neurology Board (DACNB).

He was also a Founding Fellow and the former Secretary of the Australasian Academy of Functional Neurology, as well as a Fellow of the American College of Functional Neurology.  He is a Sessional Lecturer and Tutor at RMIT University in neurology and neuroscience for the Discipline of Chiropractic, and an Assistant Professor at the Carrick Institute for Graduate Studies.

He is a Member of the Australian Chiropractors Association. He is registered with the Chiropractic Board of Australia.

published in 2011 by Churchill Livingstone Elsevier.